skip to main | skip to sidebar

In the Face of Evil, Hope – Honoring Adam Robert Towler 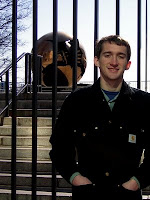 When I wrote my college entrance essay, I wrote about the “a significant moment in my life.” The topic of my essay was how I found my faith and how it made me a leader amongst my peers. While nothing will ever be more important to me than renewing my faith and encountering the Holy Spirit, if I had to write that college essay today, the moment would be different. This time I would write about my brother’s murder and how we who knew him were able to persevere in the face of evil.
In the daily news, there are constantly stories of death, tragedy and murder. It is so easy to glaze over these stories without a wince of emotion. It is so easy to disconnect from the people who unquestionably suffer under these events. But one ominous day I found myself and my family standing on the other side of the newspaper headline.
The phone rang one Sunday morning, July 16, 2006. I was readying for Church and my in-laws were visiting. I was 21 weeks pregnant with our first child. There was a lot to be joyful about. On the other end of the phone was my mother. There was hesitation and fear in her voice. I think perhaps she was holding back her hysteria.
“Renee, Adam is missing.”
“What do you mean he is missing?”
“He went out last night to his friend’s house and didn’t come home.”
“Oh well, he probably stayed the night and he left his cell phone in the car, or something.” I was thinking he is 20 years old and it would not be unusual for him to do something like that. Although, he had never stayed out all night before without planning it beforehand.
“No, Renee. Adam is in trouble. We called the friend he was with and he said we needed to talk to the police...” The conversation went on for a little bit longer. My father was going to go to Adam’s friend’s house to check things out. My mother told me that she would call me when she knew more. When she called later, we were horrified by the news that Adam had been murdered. Other events and emotions that occurred during the following weeks of our mourning are not as important as what occurred in our hearts.
We who knew and loved Adam all suddenly came face to face with evil. Adam and another young woman were murdered by a mentally disturbed college student. What happened in the house where they died can only be described and explained by evil. There was one young man who survived the attack. Without him we would not know what happened. He had been friends with the murderer. He said, when he looked into his friend’s eyes, it was like he was not there anymore. There was a great darkness he had never seen before. I am sure this evil will haunt that survivor for the rest of his life.
But, this story is how good things can come of evil. First and foremost, we prayed. We prayed for Adam and all the others involved. We prayed for each other, because we all missed him and grieved. We celebrated his life and thanked God for what a good life it had been. Adam had been a writer, a poet, a comedian, a linguist, a runner and a dear, dear friend to us all.
Instead of focusing on this evil, or focusing on our grief, we became inspired. Friends and family 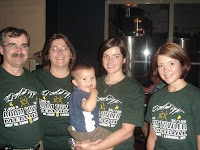 became inspired to continue pieces of Adam’s life. Some renewed their faith, because of Adam’s great faith. Some prayed to Adam asking for him to pray for us. Some urged the university where the murderer had been a student to change their policies on student discipline. Some wrote poetry, because Adam was a gifted poet. Some began running, because Adam was a runner. Every year, our family has held a 5k/10K race to celebrate Adam’s life and to give to his favorite charities. (To find out more go here http://www.adamtowler.com/). Some gave time and money to charity, because Adam gave his time and his heart to charities. Some of us just bought his favorite pizza and ice cream and sat, ate it and remembered how much he liked it.
Today, I live as though I am living for Adam too. I am living my life for others and not only for myself. The good things that Adam did remind me to be selfless and to be a witness to faith. He had a great sense of his place in the universe. He knew that there was great beyond that he did not understand—wise beyond his years.
Though we had come face to face with evil, I believe we were all moved by the Holy Spirit to find what is good and holy. We were all beckoned to reassess our lives and put things into perspective. We became more than we had been and gave more than we had before. Our eyes were opened to blessings previously unseen. It was a reminder to live everyday as though it were our last, and to not have regrets. The ways in which Adam’s life, death and after-life have affected people have been countless. We are still counting the miracles. We will never forget Adam.

Happy Birthday, Adam. Pray for us.

Dear Renee, what a beautiful post! Thank you so much for sharing. You are absolutely right about the persistence of hope and goodness, even in the face of such great tragedy. Saint Adam, Pray for us :)
(and Saint Jeanette, too). Love to you all! 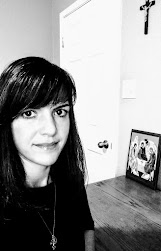 Queen of the Family

King of the Family 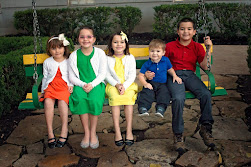